Rolls-Royce Aeroboat V12 Price $5+ Million Amazing Rolls-Royce V12 Spitfire Engine Power Boat Review
CARJAM TV – Subscribe Here Now https://www.youtube.com/user/CarjamRadio/videos
Like Us Now On Facebook: http://www.facebook.com/CarjamTV
For The World’s Best Car Videos
Website: http://www.carjamtv.com
Twitter: http://www.twitter.com/carjamtv
Tumblr: http://www.carjamtv.tumblr.com/
Facebook: http://www.facebook.com/CarjamTV
Pinterest: http://www.pinterest.com/carjamtv/carjam-tv/
YouTube: http://www.youtube.com/user/CarjamRadio
The Spitfire Aeroboat takes to the seas – The Aeroboat is launched by British yacht designers Claydon Reeves
The Aeroboat, one of the fastest and most elegant small yachts ever produced, has been unveiled by UK designers Claydon Reeves and is perfect for anyone wanting to breakfast in St. Tropez, lunch in Antibes and dine at night in Monaco.
The Aeroboat exterior design is inspired by the World War II fighter plane, the Spitfire, which is one of the world’s most iconic aircraft. Key to the Aeroboat design is the renowned, original Rolls-Royce Merlin engine that powers the Aeroboat. The supercharged Merlin V12 engine, with bespoke gearbox and final drive, can achieve speeds of over 50 knots — making the Aeroboat a refined yet stylish way of travelling.
The Merlin V12 engine was designed over 80 years ago and has been installed in many iconic aircraft, with its power output varying between 1100hp and 2500hp depending on the application.
The fluid lines of the original Spitfire have inspired the Aeroboat yacht’s design and, just like the Spitfire, the Aeroboat is based on substantial British heritage — it was designed in Britain, each Aeroboat will be individually created with carbon fibre and lightweight wood veneer materials sourced from Britain, and it will be built in Britain, at a yard on The Solent.
The Aeroboat’s interior is based on a sports car design, with beautiful leather stitching and wooden dashboard. The Aeroboat forward seats are a unique shock-mounted design inspired by the Spitfire landing gear. The helmsman has the use of a combination of analogue gauges for basic functions and touch- screen navigational systems, as well as a joystick throttle.
Claydon Reeves is also making owning a bespoke yacht, tailored to the owner’s needs, affordable. At a cost of between £3m – £3.5m, the Aeroboat is an entry-level yacht for those seeking a fast, stylish day boat to explore a coastline or for more experienced owners wanting a sleek tender for a super yacht. Aeroboat can comfortably hold up to seven passengers. Below deck, the forward cabin includes a double berth and a small bathroom.
The Aeroboat designers are planning to build a limited edition of 14 Aeroboats tailored to the personal requirements of each client, from cockpit layout and interior trim to engine specifications and exterior finishes.
The co-founder of Claydon Reeves and Aeroboat designer, Mike Reeves, commented: “We are determined to revolutionise yacht design. The Aeroboat is based on innovative, modern materials, fresh design thinking and growing demand for eye-catching shapes and individuality on the water.’
Claydon Reeves is one of a new breed of UK yacht designers. Based in Hampshire, it was founded four years ago to breath new life into the yacht design industry. Its team shares over 35 years experience in the superyacht industry.
For more information, please visit www.claydonreeves.com
Luxury yacht (also super yacht, large yacht and mega yacht) is a very expensive, privately owned, professionally crewed sailing or motor yacht. This term began to appear at the beginning of the 20th century, when wealthy individuals constructed large private yachts for personal pleasure, such as Charles Henry Fletcher’s Jemima F. III, at 111 feet, the largest motor- powered yacht in the world in 1908.[1] More examples of early luxury motor yachts include the Cox & King yachts, Charles L. Seabury and Company’s yachts, M/Y (motor yacht) Christina O, and M/Y Savarona. Early luxury sailing yachts include America’s Cup classic J class racers like S/Y (sailing yacht) Endeavour and Sir Thomas Lipton’s S/Y Shamrock.[citation needed] The New York Yacht Club hosted many early luxury sailing yacht events at Newport, Rhode Island, during the Gilded Age. While the demand for new luxury yachts has slowed somewhat since 2009, 2011 has seen a small rebound with launches from many of the top yards. The 163.5 metres (536 ft) M/Y Eclipse, was built by Blohm + Voss for Russian businessman Roman Abramovich[3] and the 180 metres (590 ft) Azzam launched in 2013 are the largest private yachts in the world. Luxury boatbuilding and yacht charter companies. 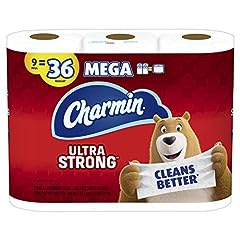 Pack contains 9 Rolls (286 sheets per roll) of Charmin Ultra Strong Toilet Paper 1 Charmin Mega Roll = 4 Regular Rolls based on number of sheets in Charmin Regular Roll bath tissue Design inspired by washcloth-like cleaning Strong 2-ply toilet paper ... (as of September 10, 2020 - More infoProduct prices and availability are accurate as of the date/time indicated and are subject to change. Any price and availability information displayed on [relevant Amazon Site(s), as applicable] at the time of purchase will apply to the purchase of this product.) 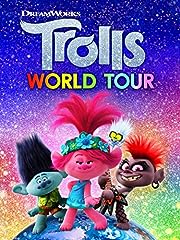 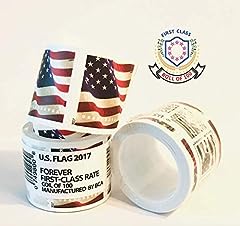 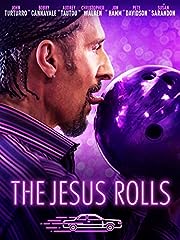 Now that is a go fast boat

I want one dad!

This is not a video. Very lame. Just pictures.